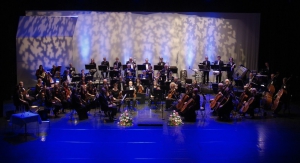 Bærum Symphony Orchestra is an amateur orchestra from the municipality of Bærum, a suburban district of Oslo, the capital of Norway. The population of Bærum is approximately 120,000 inhabitants.

The orchestra is a full-size symphony orchestra with around 60 members, mainly amateur musicians of a high standard, but also current and former professionals and music teachers. Professional extra musicians is occationally hired for specific projects.

The orchestra performs a variety of classical music, with a focus on music from the romantic period. Bærum Symphony Orchestra is supported economically by the municipal government of Bærum.

Bærum is a suburban district of Oslo, the capital of Norway. The population of Bærum is approximately 120,000 inhabitants.

Bærum has a wide variety of cultural activities. These include many choirs and brass bands, and groups of the performing arts such as theatre and musicals.

The repertoire is relatively extensive when taking into account that the orchestra rehearses only once a week. The symphonic repertoire is mainly from the romantic period, and during the past three years the orchestra has performed Tchaikovsky’s 6th symphony, Beethovens 5th symphony, Berlioz’s Symphonie Fantastique, Mendelssohn’s 3rd symphony among others. The orchestra has also had performances of violin concerti such as Tchaikovsky, Brahms, Sibelius, Bruch, piano concerti of Mendelssohn, Rachmaninov, Grieg, Walton’s viola concerto and other. Works from the classical period are not so frequently played, as the memebers of the orchestra wish to be musically engaged as much as possible.

The orchestra has a long tradition of cooperation with choirs, and during the lifetime o 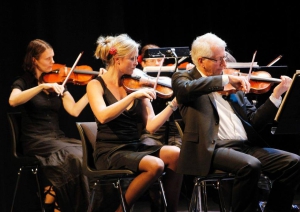 f the orchestra most of the central sacred choral works have been performed, many of these performances have been with the best of Norwegian oratorio choirs. Verdi’s Requiem has been performed several times, as well as the requiems of Faure, Brahms and Mozart. Other choir works includes Beethoven’s 9th symphony and Stabat Mater of Pergolezi.

Since 2003 the orchestra has arranged New Year’s concerts every January. This quickly became a huge success and draws an audience of almost 1,000 people over two days. The orchestra has also performed a series of operettas, including Die Fledermaus and the Merry Widow. 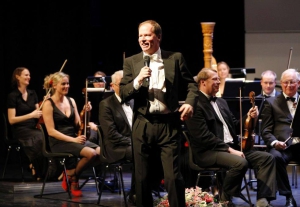 Bærum Symphony Orchestra does not have a lead conductor, but engages almost exclusively professional and experienced conductors for every project. Some of these conductors are also active on an international level, among them Dag Nilssen, Terje Boye Hansen, Kjell Seim, Bjarte Engeseth, Eldar Nilsen, Tone Bianca Dahl, Arnulv Hegstad and Haldis Rønning. Among guest conductors from the international arena are Miltiades Caridis, Okko Kamu, Kresimir Sipusch and Oivind Fjellstad.